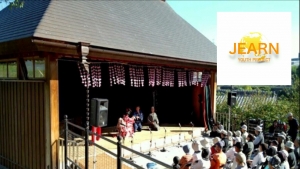 It is for the local culture that should be handed down in the next generation in their local society.
It would lead to strength the tie of regional society when the industrial and academic sectors support it together.

Do you know your local culture? Can you explain it to others?

Some local culture is getting to be forgot by the young generation.

One of the causes which the children who had learned the dance feel ashamed to show their Kabuki dance to their friends because of the flashy costumes and makeup, so that they do not want to continue when they enter junior high school.

The most serious problem is that they can not proud of it because of lack of understanding the value. We need to educate the children how valuable culture they have and have them to realize the need to leave this culture to posterity. There must be similar situation in many regions in the world.

Children should aware of the value the culture in their region and recognize the importan...