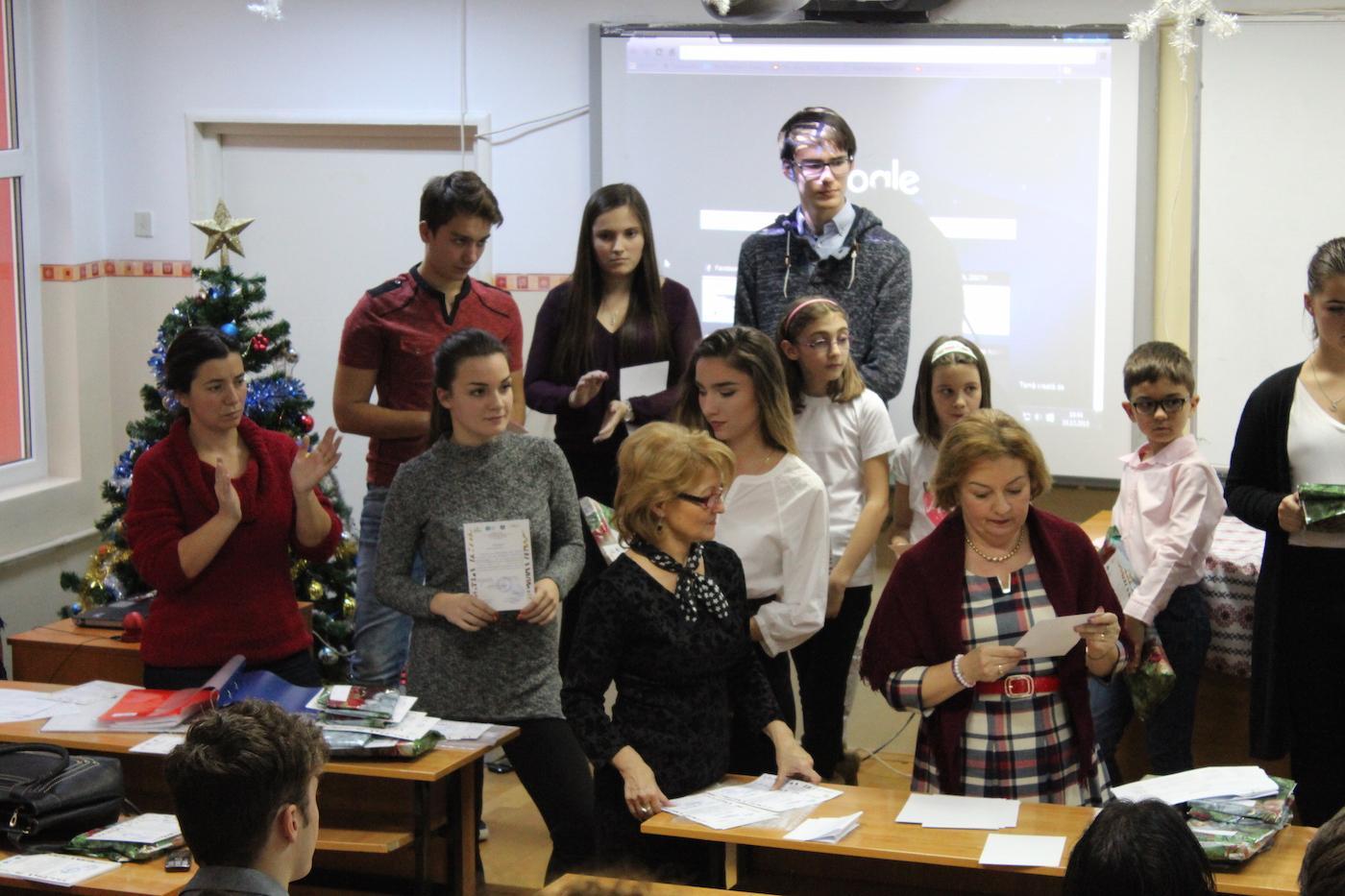 Romania's AYV & iEARN National Seminar took place at "Elena Cuza" National College in Bucharest on December 16th, 2015. The seminar was organized by AYV and iEARN Coordinator Cornelia Platon and AYV Lead Educator Geta Craciunescu. The seminar included an award ceremony of the second annual "Create with Purpose" national contest, which was approved by the National Ministry of Education and Scientific Research in Romania. During the ceremony, students presented their multimedia work including film, posters, Photoshop processed images, and photography. Each category started with students' works from primary school (Primar), followed by secondary schools (Gimnaziu) and high schools (Liceu).

General inspectors from the Computer Science and English Language Departments from the Ministry of Education were present, as well as other inspectors and officials from the General School Inspectorate from Bucharest and from the Didactic Teachers House in Bucharest, school directors and other officials. Click here for more photos and highlights from the event. 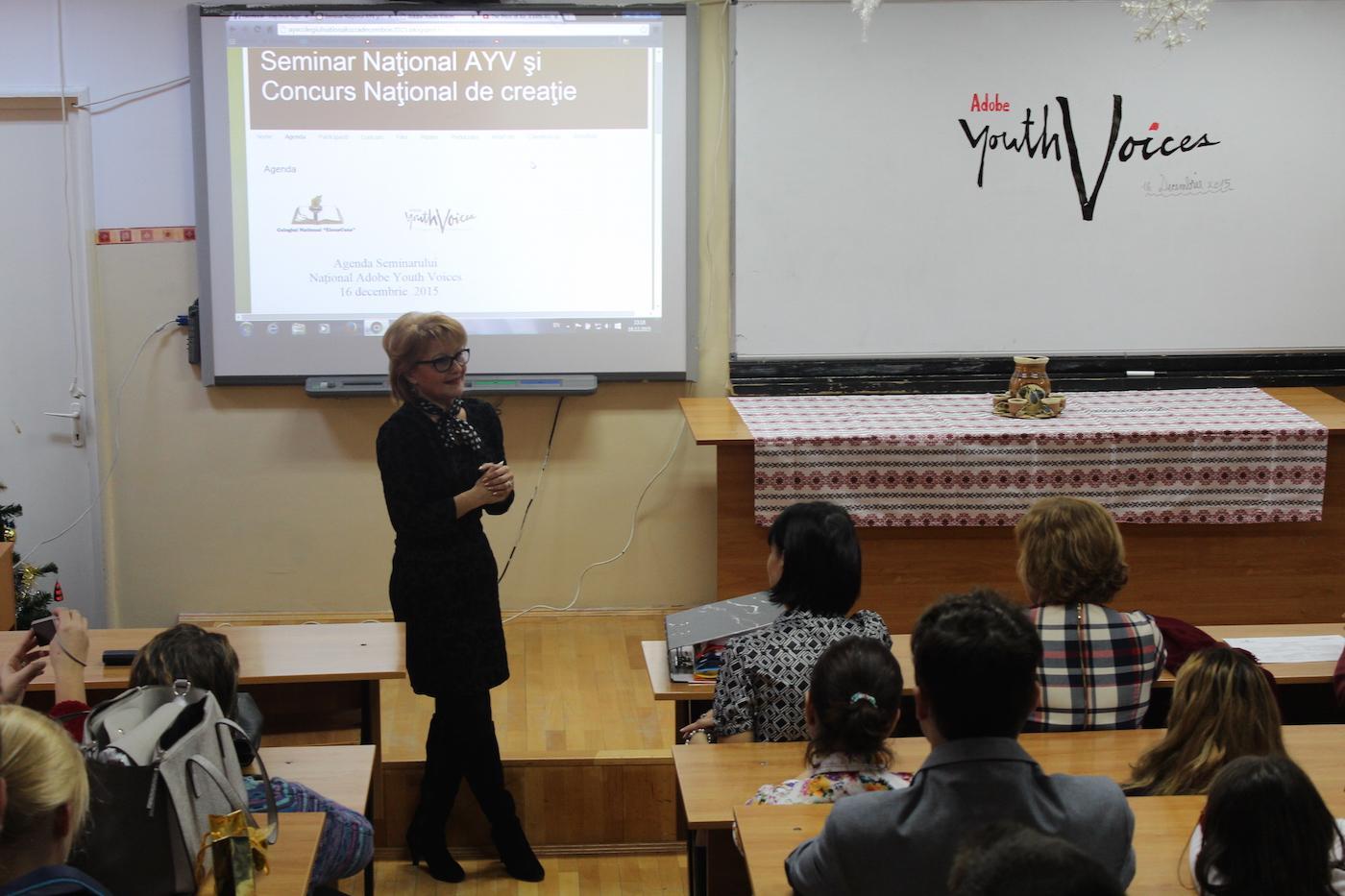 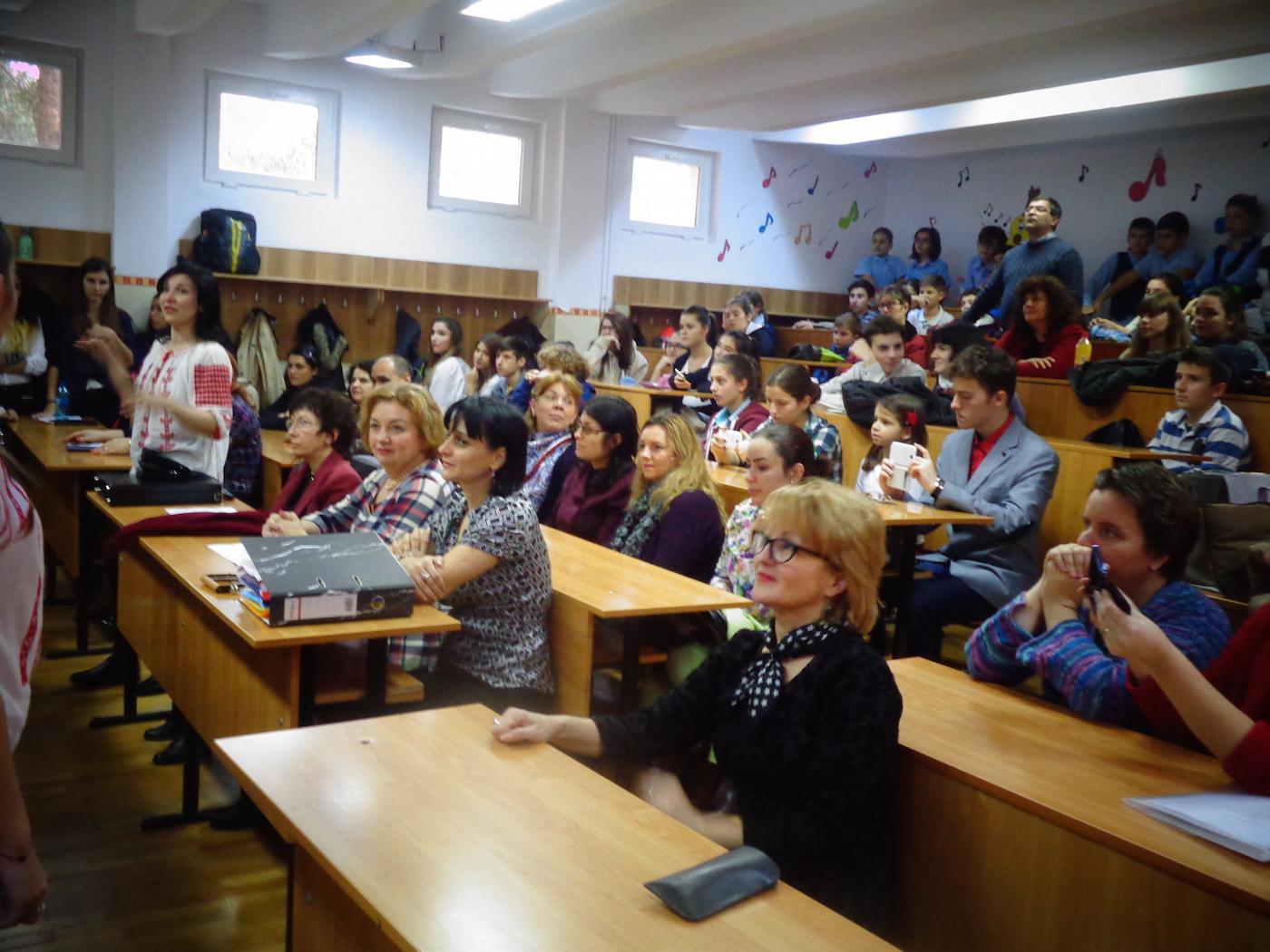