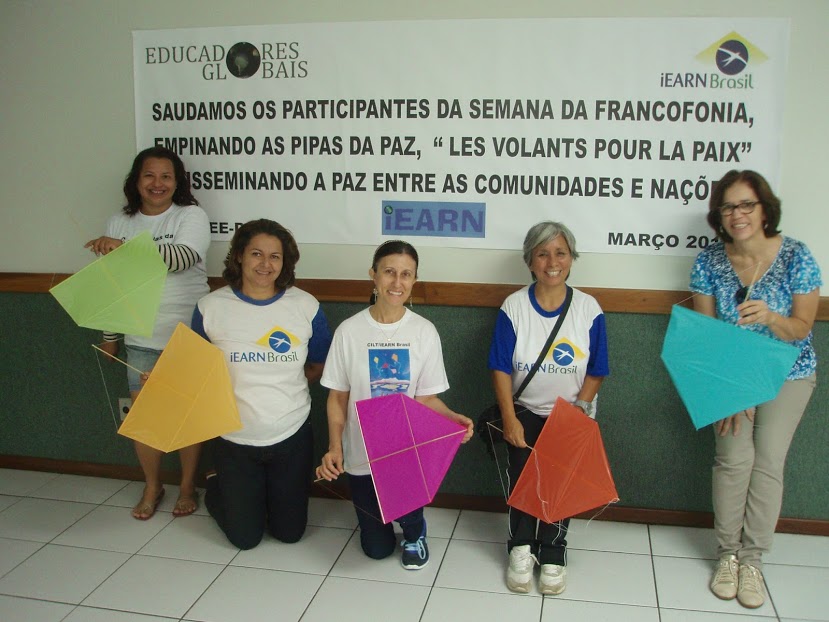 Busy talking and laughter filled the environment, colored paper, glue, and string was spread on the tables, floor and chairs of the room. Instructions on how to measure the string that would be tied to the ends of kites could be heard in one of the corners of the auditorium.

Happiness could be seen in the eyes of all the participants as they carefully cut out their phrases in French, drew on their kites, and commented on the activity they were submerged in.

It was one more year of Talking Kites around the World, one of the international collaborative projects in iEARN for Brasília. Educadores Globais, the name for the association that holds iEARN-Brasil had once more joined the project coordinated by Ruty Hotzen from Israel. This time the project was linked to the Francophone Week which was being coordinated by Ana Cristina Silveira from NCIL (a coordination that takes care of all CILs) and celebrated on the same week of the equinox, so the students who study French in the eight Centros Interescolares de Linguas, CILs, of Brasília, Brazil (Public Language Schools in Brasília) were invited to participate. Therefore, we called the project “ Cerf Volants pour la Paix”. 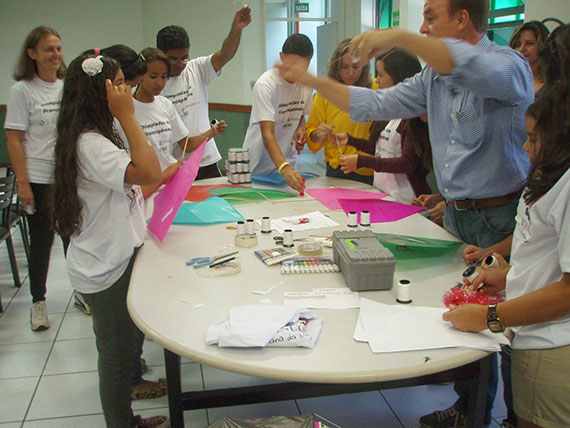 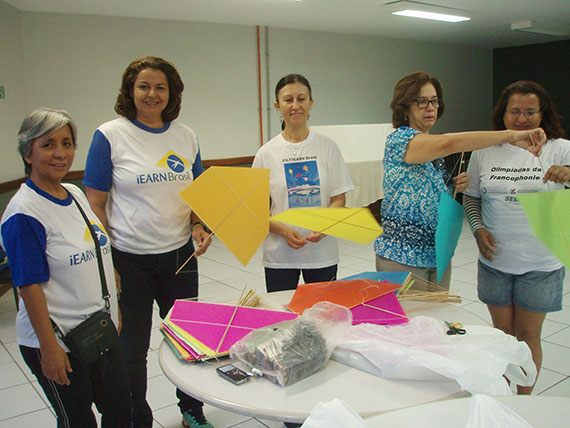 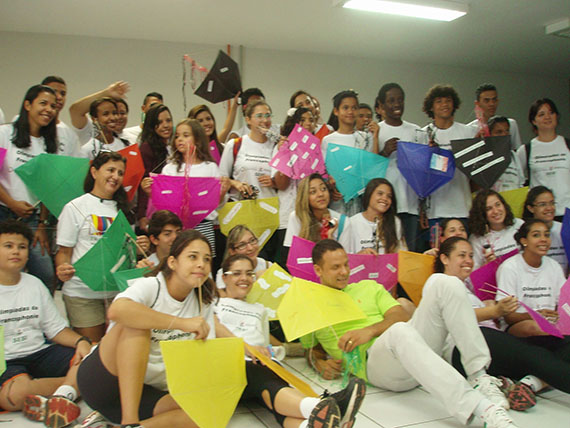 At a first moment, there was a time for reflection on the need for peace in their families, neighborhoods, schools, communities, cities, the country and the world, as a whole. They talked about model pacifiers in the world such as Nelson Mandela, Mother Teresa of Calcutta, Pope John Paul II, Dalai Lama, Janusz Korczak and their legacy of peaceful struggle for their people. In addition, we reflected on the work of Brazilian outstanding people whose work represents as important a job as that of the world representatives. Irmã Dulce, Chico Xavier, Chico Mendez and Betinho were mentioned and commented on. They were then invited to think of words and expressions in French, the language they study, that represented their dreams of a better world.

The group went on, then, to decorate their kites with the words and expressions which they wanted to come true for their communities and the world around them. It was a very pleasant surprise to find that Inaldo Araújo, the Assisstant of International Affairs for the Government of Brasília, who had been invited to the closing of the Francophone Week along with a representative from the French Embassy, reminded of his childhood years took over the role of instructor of kite making and flying. “ It was an inimitable moment to be reminded of my childhood gone years”, he said, truly stirred by the moment.

Around 50 students then hurried on to the soccer field, which awaited them under a beautiful clear sky. They all ran to get their kites up in the sky, some were very successful, others not that much, but all had enormous fun, with thoughtful wishes and would like to share the experience with the entire world here. 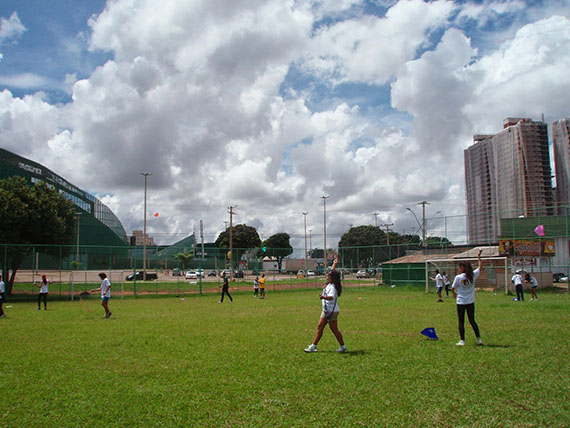 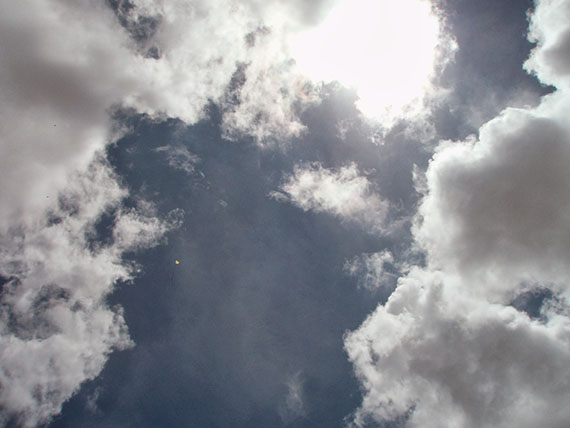 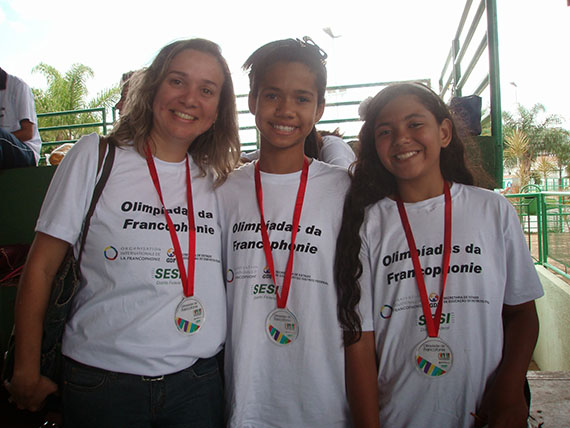 Once again, thanking Ruty Hotzen for her marvelous job!