iEARN at 2013 ENO Conference in Finland 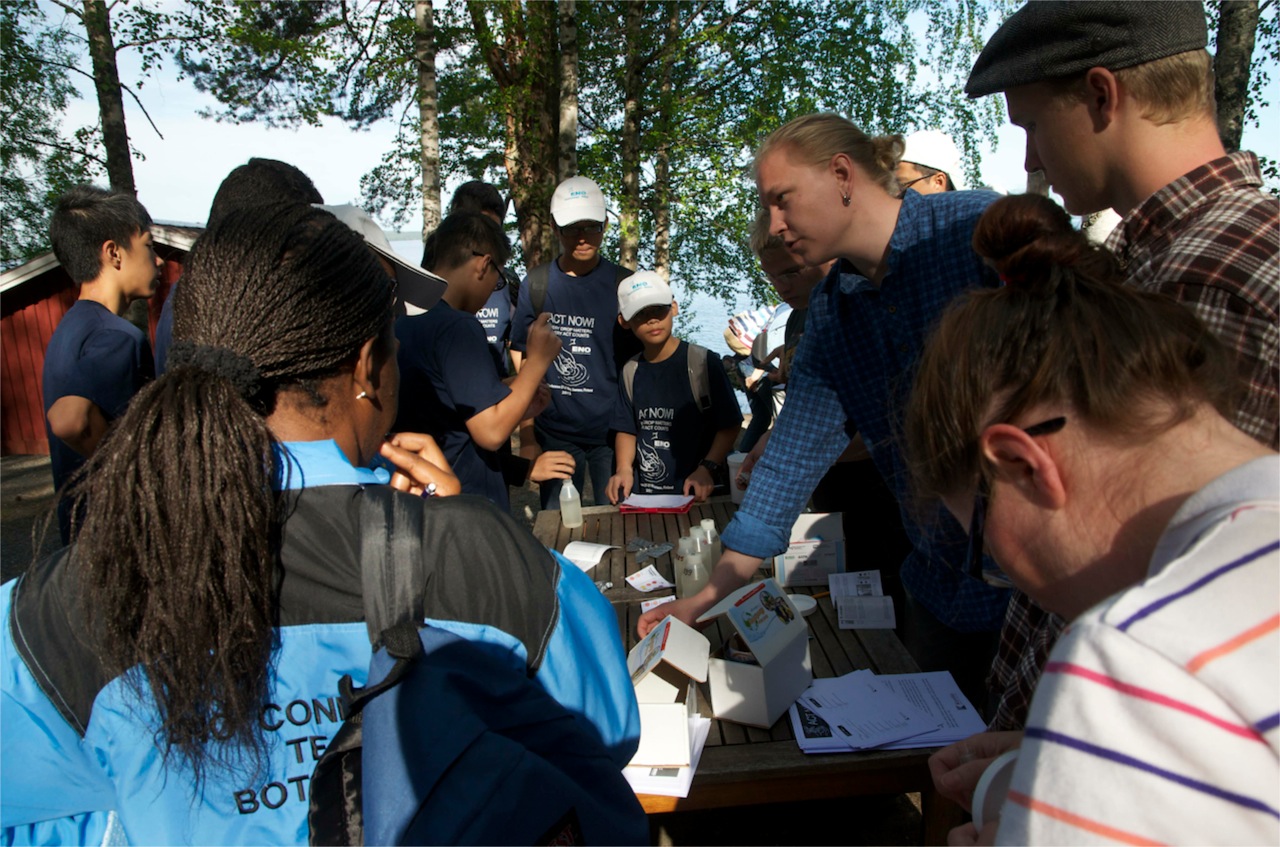 "There was an amazing gathering in the land of the nightless night, Joensuu, Finland. There were teachers and students from Europe, Asia, South, Central and North America, Africa and a few spots in between I think!

The ENO conference theme this year was Water: every drop matters, every action counts. Participants enjoyed a day in the field, planting trees (2,300 or more) and investigating the water of one of Finland's 187,000 plus lakes. There were a few days of workshops housed in large tents and spilling outside (no pun intended).

As an iEARN representative and to go along with that theme I took along some nets and microscopes and ran an on-going workshop around the smaller wildlife found in the lake near the conference center. These activities included the use of some home made nets and some identification keys to see who we share this watery environment with. We found many creatures including dragonfly and mayfly nymphs, water mites, and beautiful red and blue cladocerans!

These activities were modeled after some we do in YouthCaN and the Our Rivers, Our World projects on iEARN, which we encouraged everyone to join! Some of the conference participants have participated in YouthCaN in the past, including Salima from Tunisia!

It was a wonderful time of exploring, collecting, observing, drawing, sharing and laughing."